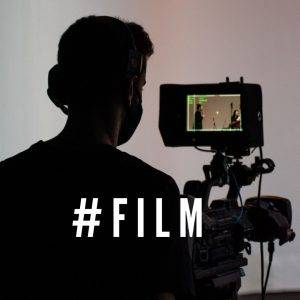 #Film is used when there is something around Bollywood or Hollywood or any other filmmaking industries or actors or any news related to the same. The #film is widely used by filmmakers, actors, viewers, critics and common people when they want to share their opinion about the movie or any part of it. It is commonly used with